The BIND Science Advisory Board (SAB) is chaired by Professor Declan Murphy. The Board exists of the following members: Stephen Scherer, Isabelle Mansuy, Mara Cercignani, Pier Lorenzo Puri, Adrian Krainer, and Elizabeth McNally. You may find below their full positions and profiles. 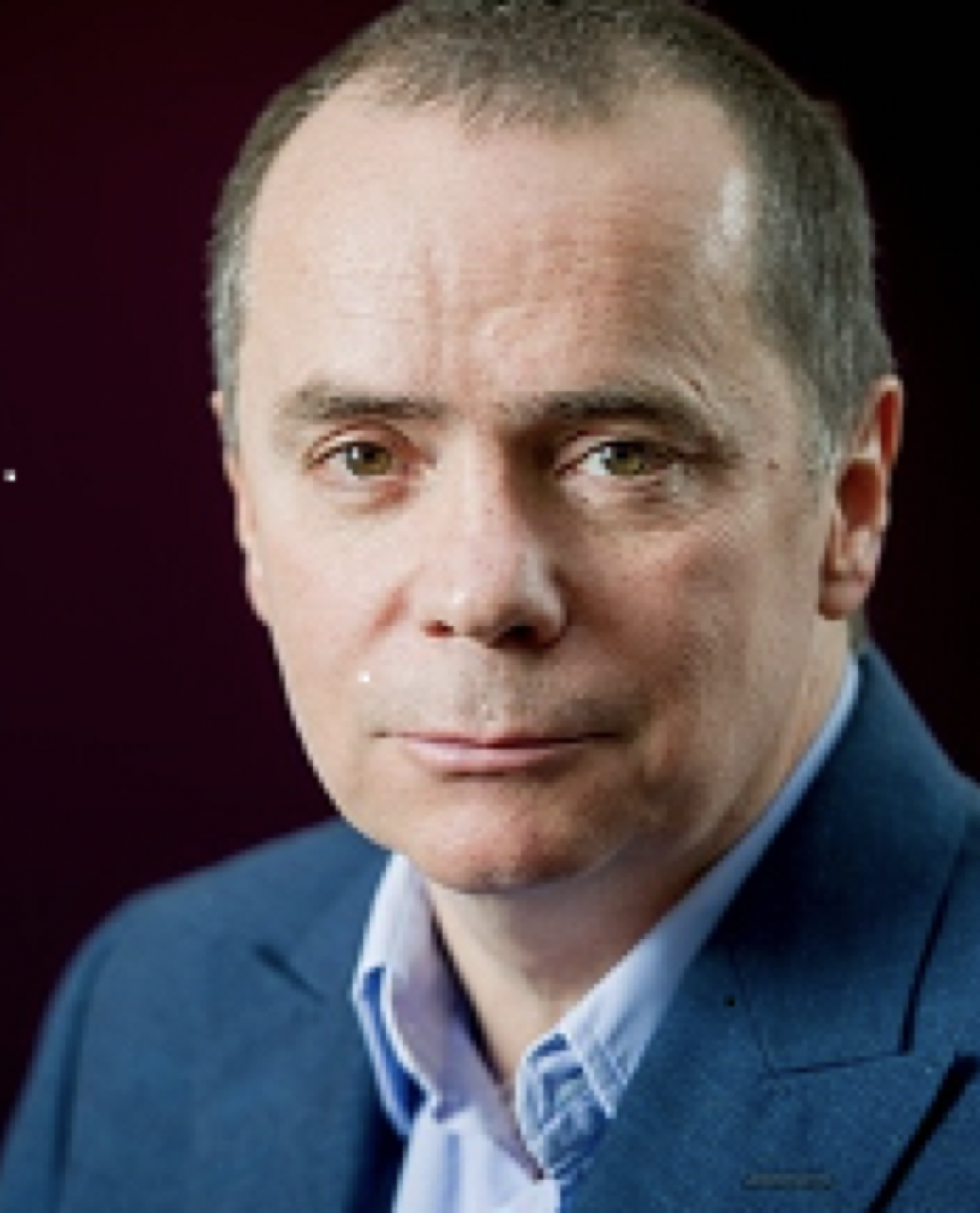 Profile
Prof Professor Murphy is the Mortimer D Sackler Professor of Translational Neurodevelopment, and Director of the Sackler Institute of Translational Neurodevelopment, Institute of Psychiatry, King’s College London. He is also Head of Department of Forensic and Neurodevelopmental Sciences, and Deputy Director of the MRC Centre for Neurodevelopmental Disorders. His overarching mission is to translate research from ‘bench to bedside’ and develop new diagnostic approaches and treatments. Professor Murphy leads a large research consortium, the AIMS-2-TRIALS network, which began in 2018 and looks to develop the infrastructure underpinning the discovery of the causes of, and new treatments for, autism and its associated symptoms. 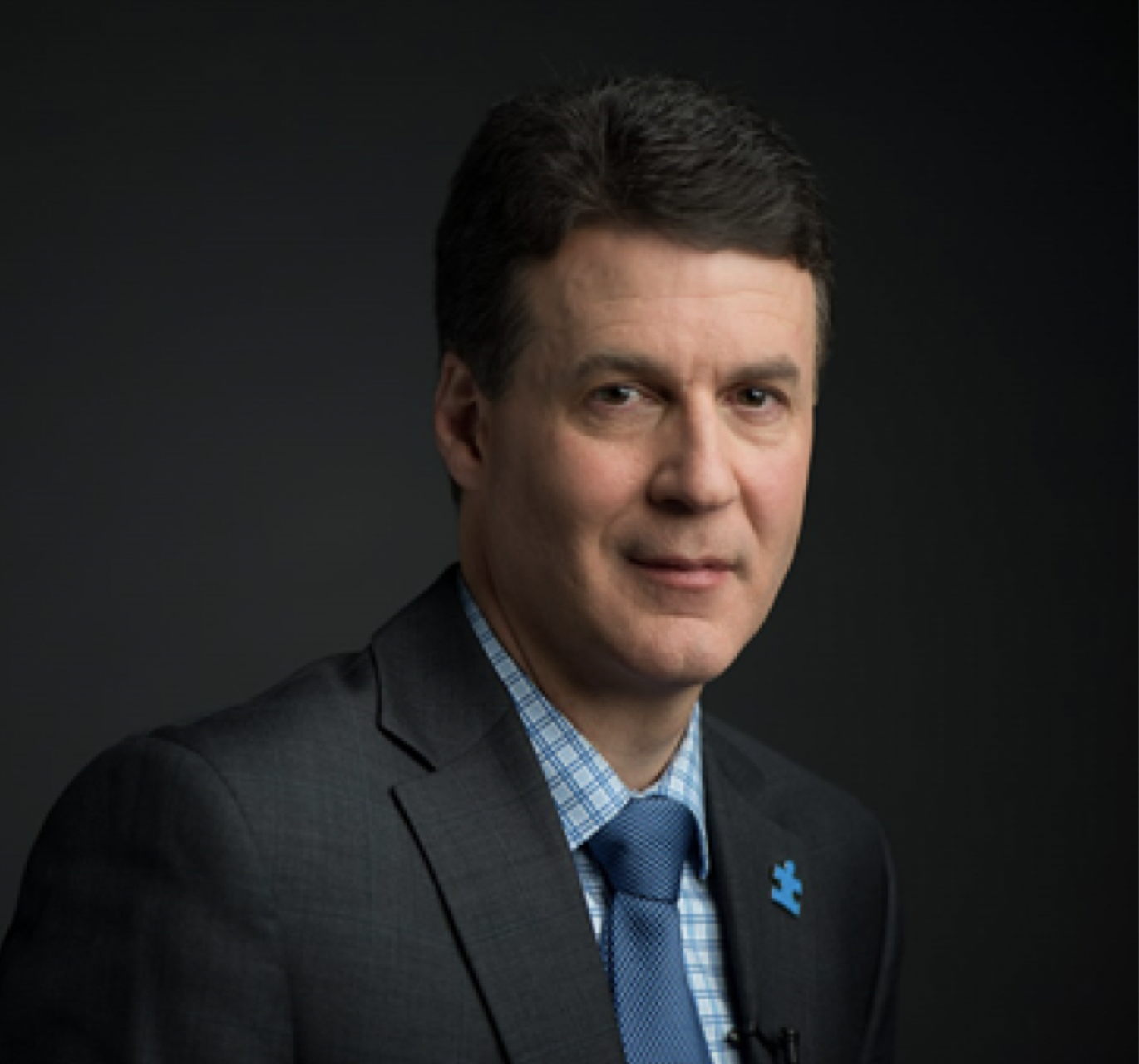 Profile
Dr. Scherer is Chief of Research and holds the Northbridge Chair in Paediatric Research at The Hospital for Sick Children (SickKids) and University of Toronto (UofT) and he is Director of the UofT McLaughlin Centre, as well as The Centre for Applied Genomics at SickKids. His team contributed to the landmark discovery of global gene copy number variation (CNV) as a common form of genetic variation in human DNA. As part of this discovery he founded the Database of Genomic Variants, which now catalogues >2 million CNVs, and is used to facilitate hundreds of thousands of clinical diagnoses worldwide each year. His team also identified CNV of specific genes involved in brain development to contribute to Autism Spectrum Disorder, demonstrating this complex human behavioral condition can have a biological basis. His research is documented in over 650 scholarly publications and patents. Dr. Scherer has won numerous honors such as the Steacie Prize, a Howard Hughes Medical Institute Scholarship, the Premier’s Summit Award for Medical Research, the Killam Prize, and multiple Honorary degrees. He is a Fellow of the American Association for the Advancement of Science and the Royal Society of Canada. In 2014, he was selected as an esteemed Thomson Reuters (now Clarivate) Citation Laureate in Physiology and Medicine for “the discovery of large-scale copy number variation and its association with specific diseases”. 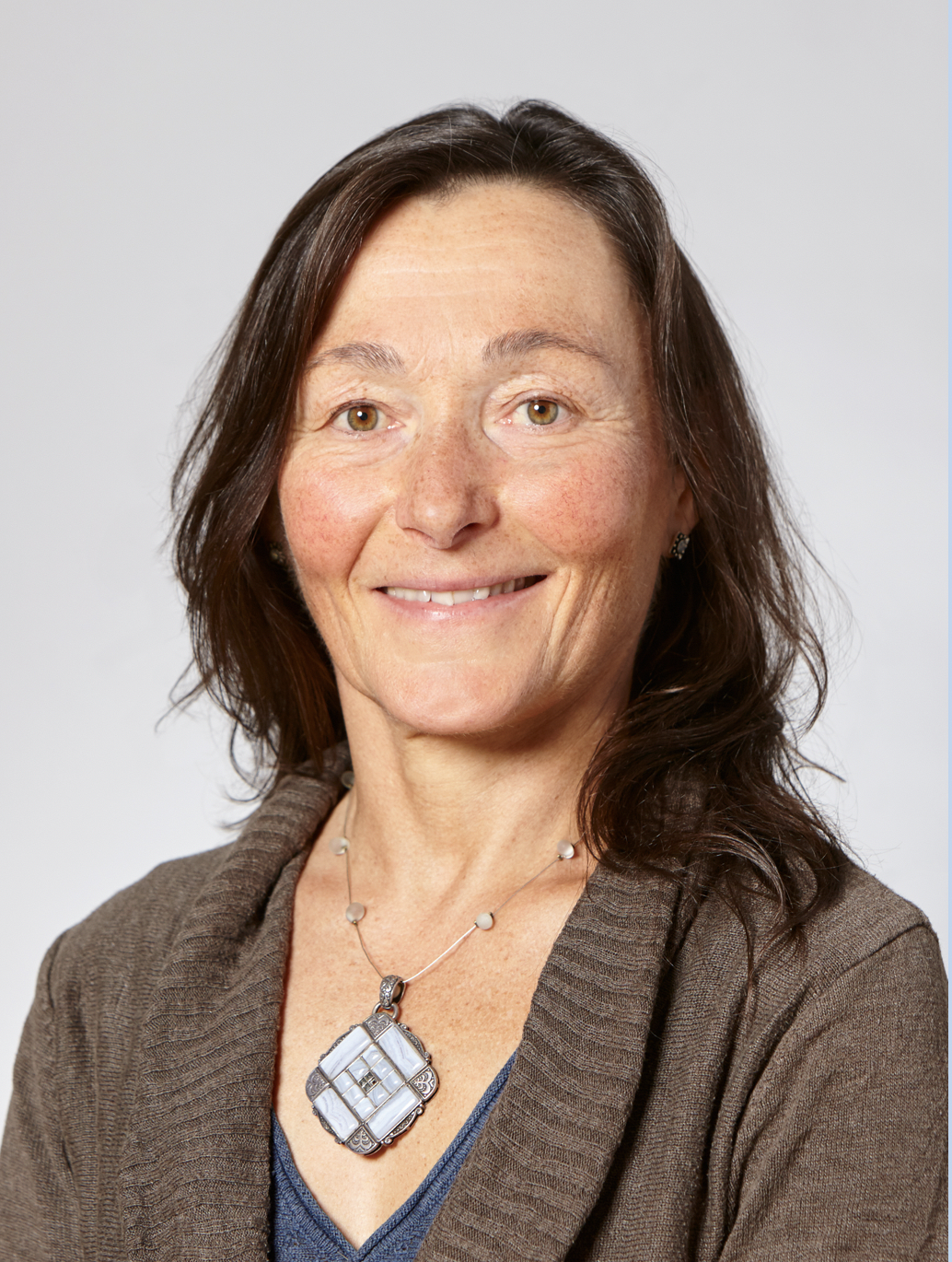 Profile
Prof Mansuy research is dedicated to the new discipline of epigenetic inheritance, a cutting-edge field that studies how the environment modifies phenotypes heritably. Prof Mansuy studied molecular biology and biotechnology at the University of Strasbourg, France then did a PhD in neurodevelopment at the Friedrich Miescher Institute in Basel, Switzerland followed by a postdoc in molecular neurobiology at Columbia University, New York, USA. She established her group at ETH Zurich end 1998 and initially worked on the mechanisms of learning and memory, an identified calcineurin and protein phosphatase 1 as active negative regulators of brain plasticity and epigenetic suppressors of memory formation, responsible for cognitive deficits when dysregulated (Malleret et al Cell 2001, Genoux et al Nature 2002). Starting in 2001, she also started to work on epigenetic inheritance, a field that was not existing at the time. Adverse life experiences were known to affect behavior persistently and be linked to heritable psychiatric diseases, but inheritance mechanisms were unknown. She proposed a new working hypothesis suggesting that epigenetic factors in the germline allow the transmission of the effects of life experiences. Her team developed experimental models combining epigenetics, molecular/behavioral neuroscience and reproductive biology and made seminal discoveries in the field15-20 including the demonstration that sperm RNA is a vector of inheritance. Her team is pioneer in the field and one of the main contributors of new findings1-14 and technological advances21,22. The latest work on germ stem cells and extracellular vesicles23,24, and in humans7,14,25 pave the way for future research directions. The lab has international visibility and reputation reflected by regular research papers (>40), influential reviews and book chapters15-21, invitations to congresses (below) and regular media coverage. Prof Mansuy’s has a role of advisor, particularly in molecular neurosciences. 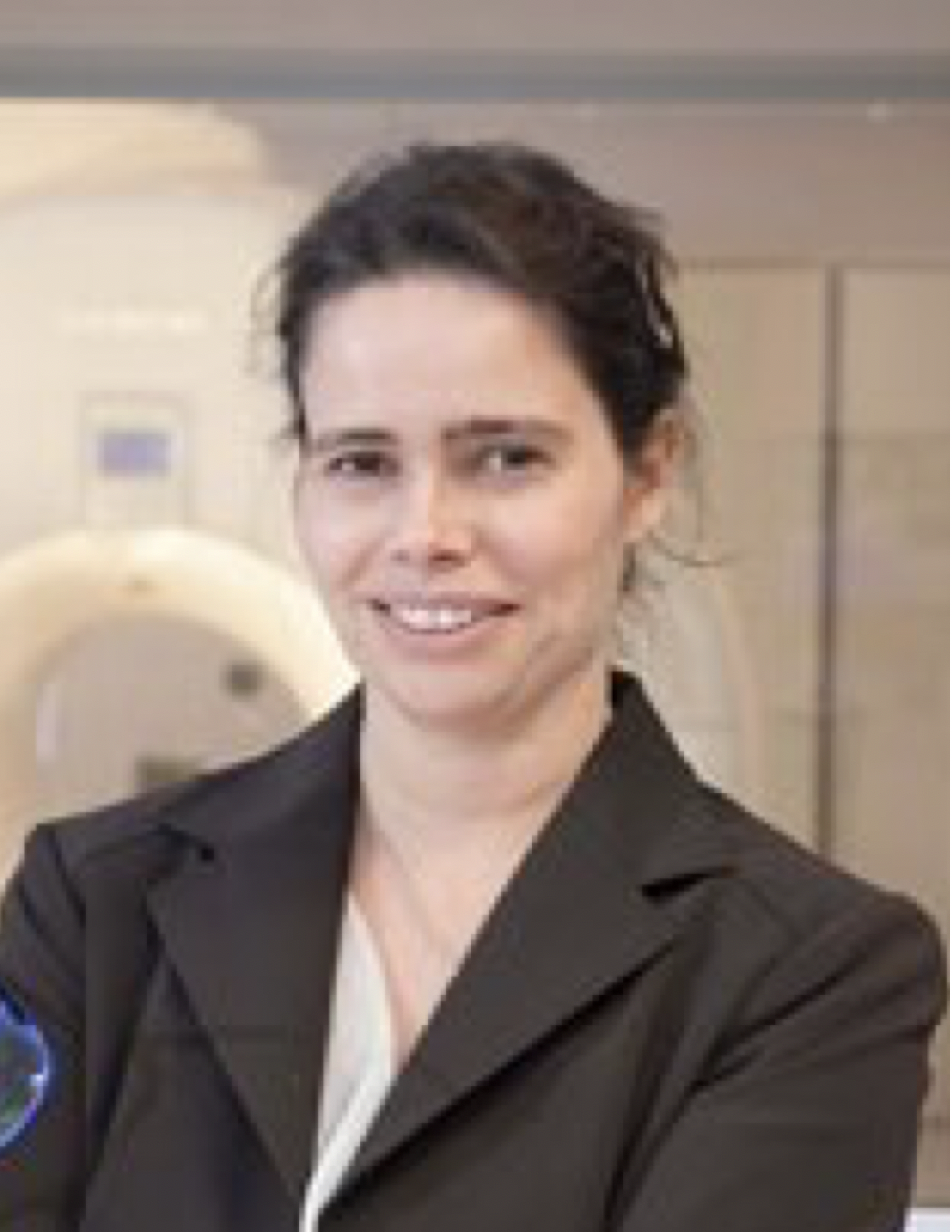 Profile
Prof Mara Cercignani is the Head of MRI at the Cardiff University Brain Research Imaging Centre (CUBRIC). Her research focuses on the use of quantitative MRI to understand neurological and psychiatric disorders. She is best known for known her work towards the validation and optimization of imaging techniques sensitive to tissue microstructure and myelination. This work has had important applications in multiple sclerosis, Alzheimer’s disease and motor neuron disease. She also proposed and validated a series of non-invasive, imaging-derived indices to measure the effects of systemic inflammation on the brain. 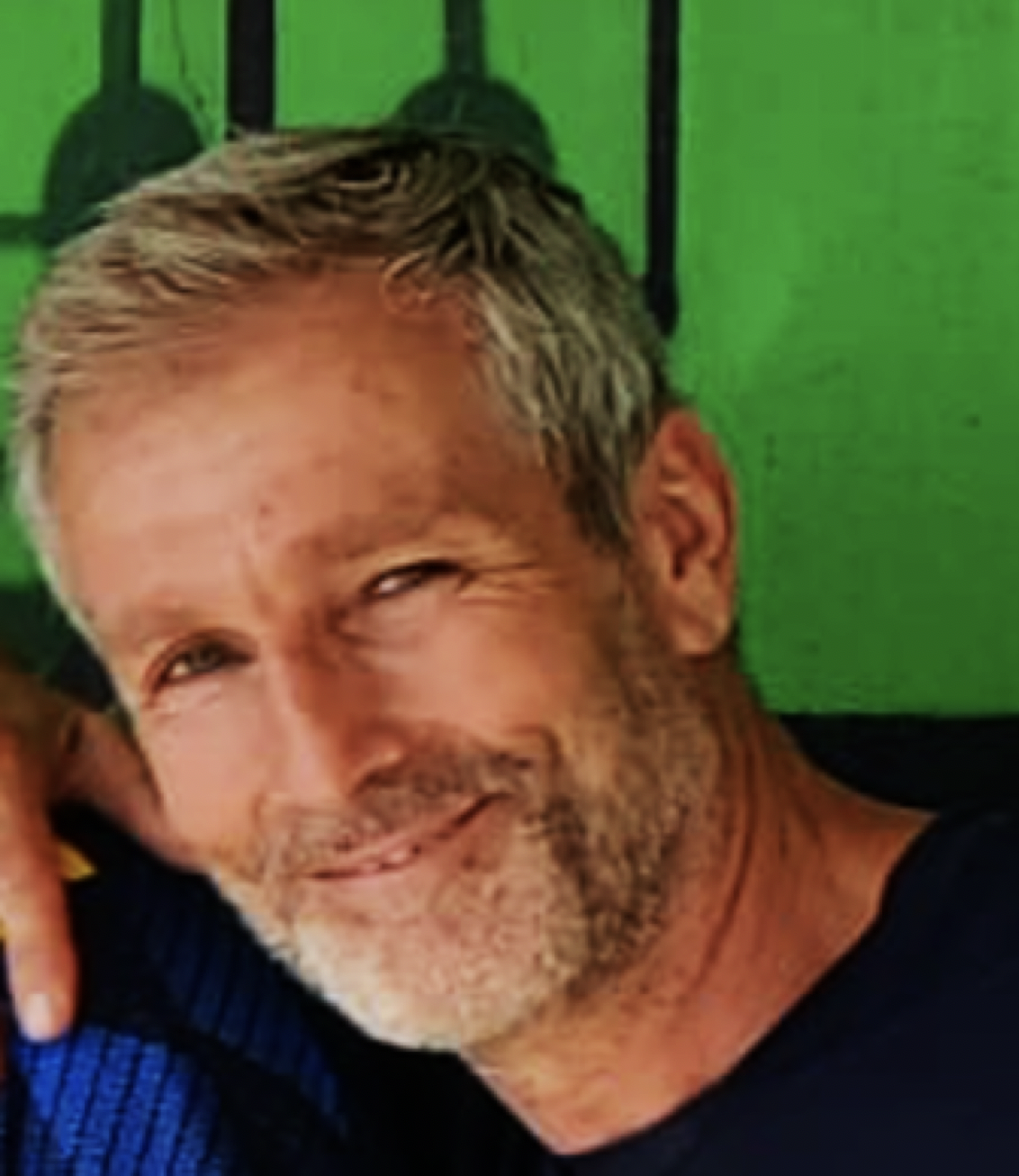 Profile
As an MD, I embraced basic research with the ultimate goal of understanding the molecular pathogenesis of untreatable diseases. I gradually committed my research to the study of neuromuscular disorders, and in particular Duchenne Muscular Dystrophy (DMD). My group investigates the biological, molecular and epigenetic underpinnings of skeletal muscle repair in normal conditions or diseases, with a special emphasis on the molecular and epigenetic determinants of gene expression. Work from my lab has identified a deregulated HDAC activity in dystrophic muscles as a key pathogenic event downstream of the dystrophin mutation in DMD, thereby linking for the first time the genetic mutation with potential epigenetic alterations. This finding has inspired the development of pharmacological interventions with HDAC inhibitors (HDACi), as treatment for DMD boys.

Role in the project
Member of the Scientific Advisory Board, with specific focus on the impact of specific dystrophin isoform deficiency (and recovery) on functional and transcriptional properties of neuronal cells. 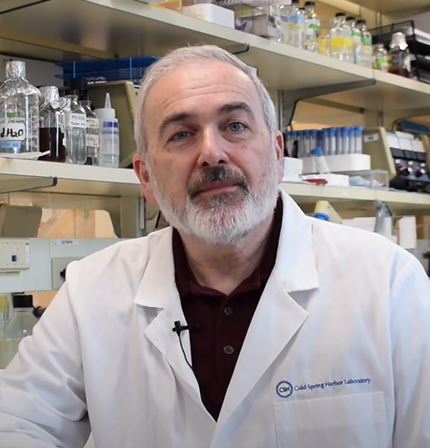 Adrian Krainer’s lab studies the mechanisms of RNA splicing, ways in which they go awry in cancer and genetic diseases, and the means by which faulty splicing can be corrected. For example, they study splicing in spinal muscular atrophy (SMA), a neuromuscular disease that is the leading genetic cause of death in infants. In SMA, a gene called SMN2 is spliced incorrectly, making it only partially functional. The Krainer lab found a way to correct this defect using a powerful therapeutic approach. It is possible to stimulate SMN protein production by altering mRNA splicing through the introduction into cells of chemically modified pieces of RNA called antisense oligonucleotides (ASOs). Following extensive work with ASOs in mouse models of SMA, one such molecule, known as nusinersen or Spinraza, was taken to the clinic, and at the end of 2016 it became the first FDA-approved drug to treat SMA, by injection into the fluid surrounding the spinal cord. The Krainer lab is currently using antisense technology to develop therapies for other diseases caused by splicing defects, including familial dysautonomia, and to target a cancer-specific alternative-splicing event that controls the Warburg effect. In addition, they are applying antisense technology to stabilize mRNAs that are destroyed by a process called nonsense-mediated mRNA decay (NMD), both to learn about the underlying mechanisms and to develop new therapies, e.g., for a nonsense allele in cystic fibrosis. The Krainer lab has also worked to shed light on how splicing factors and alternative splicing promote cancer progression in the context of breast, liver, brain, pancreatic, and blood malignancies. Finally, the lab continues to study fundamental mechanisms of splicing and its regulation, focusing on the precise recognition of highly diverse intronic and exonic pre-mRNA features by various spliceosome components. 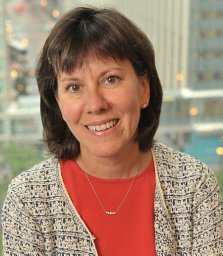 Professor of Medicine (Cardiology) and Biochemistry and Molecular Genetics

Profile
As a physician and scientist, I am keenly interested in bringing the benefits of research discovery to the practice of medicine. I am a human geneticist and cardiologist. My clinical and research interests are in the genetics of cardiovascular and neuromuscular disorders. I direct the Center for Genetic Medicine. I lead the Cardiovascular Genetics program at the Bluhm Cardiovascular Institute. This program provides integrated genetic assessment with clinical cardiovascular care to help better identify disease risk for cardiovascular disorders. We use genetic information for diagnosis and risk reduction to improve health across the lifespan.